What should be done:

1. Cut a long beard out of white fluffy material. Let it be waist-high for children. Make such a beard for each of the little ones.

2. At the top of each beard, sew an elastic band, so that children can put them on their heads.

3. Draw or photocopy images of two owls, one hen, five larks and one magpie (for each of the children), by placing them on playing cards and scaling the images of birds accordingly.

4. Cut out the drawings of the birds. Place the Velcro on the back.

5. Evenly attach the birds to the chin, and then sew Velcro in the right places.

6. Teach the children the following limeric by Edward Lear, translated by Robert Stiller. Choose ten children to play the content of the poem.

There was a bearded man in Baroda, (a man with a beard enters the center of the room)

Which he said: (man is scratching his chin)

“It's not in fashion anymore! (The bearded man looks unhappy and shakes his index finger)

Five larks and a magpie, (the nine children go out to the center of the room in turn, waving his arms)

Everything sits in my chin!” (children place cards with images of birds on the chin)

What else can be done:

Plasticity: Show the children a large reproduction of the painting “An Old Man with a Beard” by Pablo Picasso.

Language: Read a few of Edward Lear's other limers. 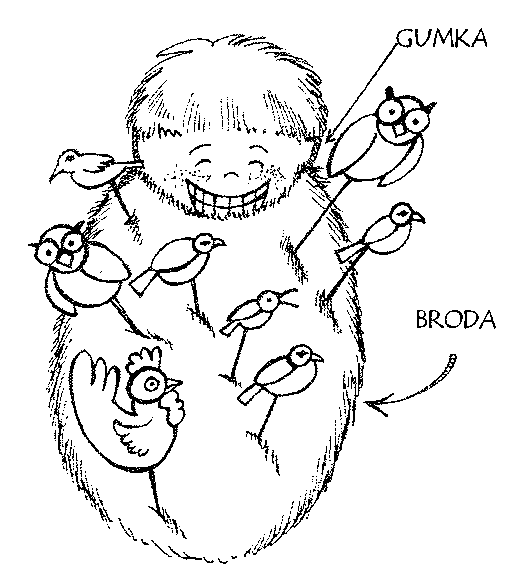