An exhibition was designed. The management has announced a competition for the emblem of the exhibition.

Which of these cube pyramids will be higher??

It turns out, that the first tower will have 125 meters high. In fact, you need to calculate the sum of the geometric series

As you know, such sum is expressed by the formula

To calculate the height of the second tower, the sum of this series must be found:

Such a series is called a harmonic series. Well, this is a divergent series, for the sum of his words taken in sufficient quantity, it can exceed any size, predetermined number.

This is easy to see from somewhat original reasoning. The words of this series can be combined into such groups: 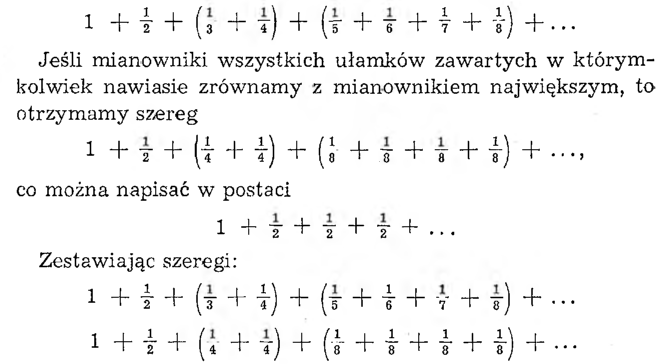 So we see, that the tower of this truly impressive design would have to be pulled up forever, but we would have gotten to that height along the way, at which the centrifugal force due to the rotation of the Earth about the axis would be greater than the force of attraction of the Earth.