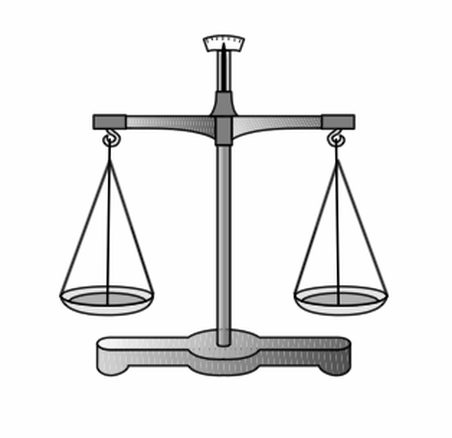 A salesman took notice, that an ordinary weighing pan, which he was using, has one arm longer, so it does not give the proper weight. Of course, he decided to send the scale back for repair; it did, however, that he had to weigh the buyer a certain amount of goods first. Not wanting to weigh too much or too little, decided to weigh half in one pan, and the other half on the other pan.

When so witty, as he thought, he boasted the idea to a certain mathematician, after a moment's thought, the latter had to correct his misconception. An honest seller has spent too much of the goods. 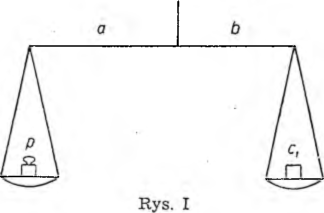 We denote these different lengths of the balance arms as a and b. Well, at the first weighing (Lynx. I) instead of the correct weight of the goods, the buyer received the weight 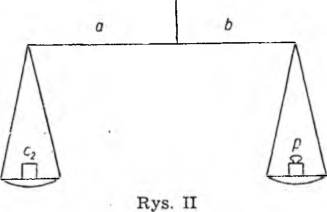 The seller then handed over the goods together

Only then, if a were equal to b, the seller would release the average quantity of the goods. The false weight can therefore only be gained or unfairly gained, or honestly . .. lose.